'Discover how to connect with your Power Animal,and learn to utilise the gifts from them through dance and your chakra system....'Naseem Ahsun.

Still reeling and shocked from his unbelievable experience at Stonehenge Luke wondered if it could happen again. No one believed that he'd travelled back in time..............

It was June 21st and it was a very special day, for not only was it Midsummer's day, but also Bobby the Brown long-eared bat was born......... A.S.MILLS

Parting The Veil: How to Communiate with the Spirit World. 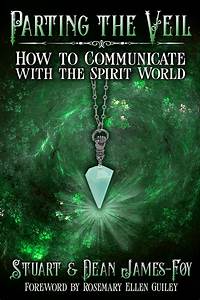 Written by Stuart and Dean James-Foy.

This book won a gold award for best psychic book of 2018 by an esteemed panel and all are well respected in the spirit world community, including Tony Stockwell. He has a long established credibility as one of the top intuitive Mediums. Review by Jane Easton. Earth Chakras are similar to the organs of the body, which in turn, contribute to the health of the world. Each continent has an Earth Chakra on it.  Each chapter within the book is described in detail, including the major sacred sites central to each Chakra.  Further reading into the book, explains the energies described as a dynamic vortex - Chakras may be directing straight lines along Dragon paths, Ley lines or solo lines. All are connecting pathways - also known as arteries of the Earth. They connect each continental Earth Chakra to another. Due to...

Parting The Veil: How to Communiate with the Spirit World.
October 08, 2018